India could be the answer

Been watching The Real Marigold Hotel on BBC iPlayer, where 8 senior citizens go to India to see if they could retire out there, or at the very least, see if they can get their health issues sorted out.

My neck has problems as well that needs looking at, spinal cord damage apparently. I also have issues with both my knees and my left hip and leg in between.

Going to somewhere like India has to be an option, I can't keep living between the gaps of a system, being a drain on the NHS for my medication month after month, year after year, it is no way to live.

If I went private in the UK it would cost thousands, out in India its only hundreds. I'm really considering it. To the extent that I have been trying to do research and have been in touch with a few private hospitals around the Mumbai area for information.

Any one know in the UK if the DWP can help make this happen? 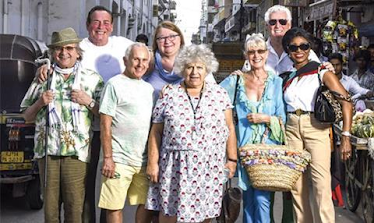 In this exciting vlog getting ready for a covid jab, awaiting a delivery of something for my computer, a walk with Nero and at long last my computer is sorted! PLUS a clip from The Russell Howard Hour, where Boris has some daft ideas! Don't forget my radio shows, which you can listen again via www.radiocatchup.site Saturday Breakfast - 7am til 10am via www.moorlandsgold.co.uk In The Groove, Saturday - 10pm til 11pm via www.islandsfm.org In The Groove, Sunday - 11pm til 12mn via www.broradio.fm Check me out on the socials: www.philengland.com/socials has the full links www.facebook.com/philengland www.twitter.com/philengland1 Skype @philengland1 Instagram @england_phil TikTok @philengland2020 Special pages: Offers - www.philengland.com/offers Health - www.philengland.com/health Online at: www.philengland.com www.itsmyvoice.me.uk www.itsmyblog.me.uk www.grumpyoldgitsguide.co.uk Don't forget, missed something? www.radiocatchup.site
Read more

Phil's Video Blog 234 - https://youtu.be/haro8lDHplk On this video blog it's not long to go until Christmas, and I decide to sort out my hall cupboard! Don't forget my radio shows , which you can listen again via www.radiocatchup.uk Saturday Breakfast - 7am til 10am via www.moorlandsgold.co.uk In The Groove, Saturday - 10pm til 11pm via www.islandsfm.org In The Groove, Sunday - 11pm til 12mn via www.broradio.fm Check me out on the socials: www.philengland.com/socials has the full links www.facebook.com/philengland www.twitter.com/philengland1 Skype @philengland1 Instagram @england_phil TikTok @philengland2020 Special pages: Offers - www.philengland.com/offers Health - www.philengland.com/health Online at: www.philengland.com www.itsmyvoice.me.uk www.itsmyblog.me.uk www.grumpyoldgitsguide.co.uk Don't forget, missed something? www.radiocatchup.uk
Read more 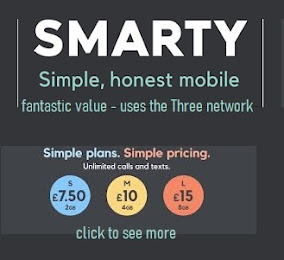