My View on Shortages:-

Do you know how we end up with shortages? people panic buying for no reason. Fuel for instance, idiots were queuing to fill their cars up and some were also stock piling fuel in jerry cans and other containers, not only is doing this dangerous it is also being very greedy, and preventing others from doing so.

The media such as the BBC, Sky, ITV and other outlets, all added to the madness by reporting the few petrol stations that had run out of fuel, and it was only a few, but as what always happens, mass hysteria took over and before we knew it queues were formed and other petrol forecourts were running dry.

I managed to get my diesel for my car yesterday morning, my regular weekly amount, not a drop more. I refused to become part of the problem.

Fuel shortages at petrol station forecourts have been caused by people panic-buying, not by a shortage of HGV drivers, a top minister has said - and soldiers are not being called up to drive tankers.

Environment Secretary George Eustice called on motorists to "buy petrol as they normally would. There isn’t a shortage. There have been some shortages of HGV drivers getting petrol to forecourts but actually that is quite limited”, as he denied there are plans for soldiers to drive Heavy Good Vehicles.

By buying more than you normally would and queueing up for it, you are affecting delivery drivers rounds, emergency services, NHS staff, doctors and care workers, social workers and council services. Basically all forms of life, so panicking affects your delivers of things from online outlets and even delivery of your morning pint.

Motorists queued through the night in parts of the UK, amid increasingly chaotic scenes on garage forecourts, which included a man appearing to brandish a knife at another driver.

As panic buying outside petrol stations continued for a fifth day this morning, footage emerged of an irate driver waving a knife in an apparent row over fuel in South East London.

No matter how irate you get in the queues, trying to get fuel so you can go about your lives, is it really any reason to pull a knife or any other weppon on another person? This type of behaviour is not needed at all.

Apparently things are showing signs of getting back to normality, as the DVLA comes in to focus for going on strikes over Covid-19 working conditions. It comes to light, that one HGV driver is still waiting 14 weeks after sending a form off to them, so he can start driving HGVs again. 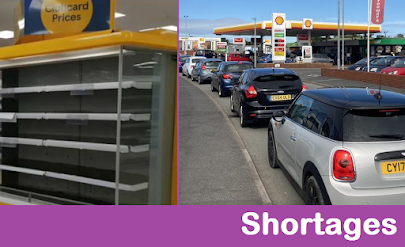 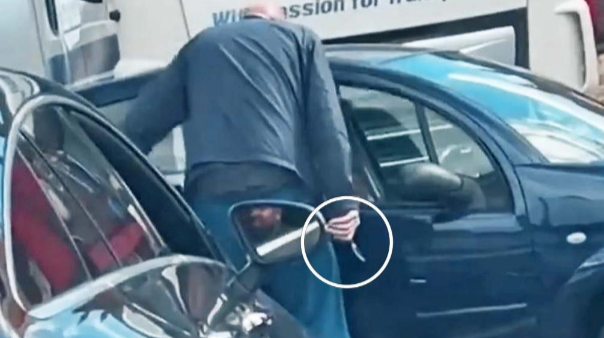